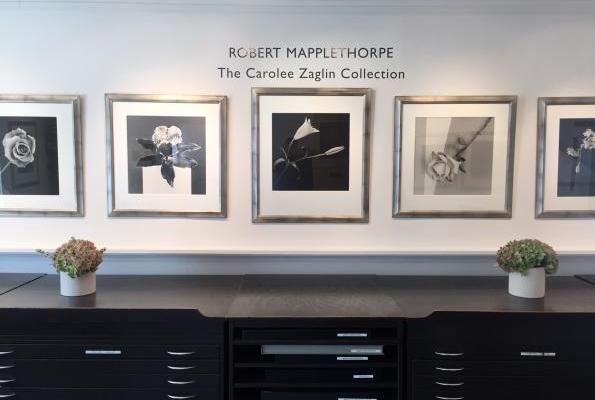 Robert Mapplethorpe (American, 1946–1989) is celebrated for his images of still lifes, and for his dramatic, carefully posed portraits of friends and celebrities, as well as his portrayals of sadomasochist circles and other unconventional members of society. Born in Queens, NY, Mapplethorpe attended classes at Parsons School of Design. In the late 1960s he worked as a photographer for Andy Warhol’s Interview magazine. In the late 1970s, Mapplethorpe focused primarily on intimate, sexually charged images, which is what brought him significant critical attention. His work has been exhibited at documenta in Kassel, the Solomon R. Guggenheim Museum in New York, the Corcoran Gallery of Art in Washington, D.C., the Centre Pompidou in Paris, the Deutsche Guggenheim in Berlin, and the Tate Modern in London, and is in many important collections.

Copyright © 2022 Create a free website or blog at WordPress.com.